Using my testimony to reach the hearts of many through my words and speech!

Are you ready for NEXT LEVEL PURPOSE?

2021 The season to discover why you were created and to live it!

A Global leader bringing heaven into the hearts of “One Billion”

How did I get here?

During my darkest days, I saw visions of myself changing people's lives. But how or when? I couldn't even change my own.

Since age 7 I've struggled with addictions. In the latter years I've allowed those addictions to stunt my growth as a Husband and Father. Ultimately they stopped me from developing into the man that I was called to be.

I destroyed my soul for the majority of my life, because I settled for a life of self-gratifying behaviors that caused daily anxiety and endless amounts of fear. Because of my behaviors, I was constantly sickened about each day to come. I hated living because I had become a reflection of the negative word curses that had been spoken over me.

In August 2017,  I hit rock bottom because of a horrible crack addiction. I was active in the church but inside I held a secret that nobody knew about, and I lost everything we owned of monetary value because of it.

My severe depression and anxiety caused me to make an attempt at ending my life. After a failed suicide, I was admitted to a mental hospital for three weeks. During that time, I began writing down what I saw and heard in the spirit. I knew more than anything else that I didn't want all my long nights shedding gallons of tears and wallowing in pain, to become the final expression of my life.

It has taken me nearly 4 years since being released from the mental hospital to find myself and discover who I really am to the world. Glory be to God! I now know and have clear vision about who I am for my generation.

I was once a broken man who walked through many battles and seasons so you don’t have to. I'm here to share my experiences with people around the world. This is my call and I answered the phone.

I will live a life of transparency and speak from the heart of God, so this cycle of pain and destruction won't be constantly repeated throughout your lives!

- I have walked a long road of addictions to food, cigarettes, opiates, crack, vicodin, and Suboxone.

- I have been sick with Stage 3 cancer and healed by God.

- I was a juvenile felon.

I've made many mistakes in this world, all so I can share my testimonies with you and help you avoid or escape captivity in the pits of darknes

My promise to you is that, as a faith leader, I will utilize my life as a living epistle. I will display the greatness of our God through the miracles, signs, and wonders that the Holy Spirit is waiting to unleash into the earth.

Are we, His children, hungry for true change?

God bless the nations of the world.

My quest at Redemption! This Video was recorded on February 16, 6 days before God sent me on the Faith Journey for Global Revival!

So much fear but I heard God's voice so clear!

Day 1 of the Crazy Faith journey!

I left from Detroit on February 22, 2020 with the clothes on my back, crocs on my feet, drivers license, passport, two journals and a word from the Lord to go to Georgia for Global Revival, so I left!

A love story written in Heaven!

Dex and Breona have been married since November 25, 2005 after knowing each other for only 5 months. 9 months after being married Dex was diagnosed w/stage 3 Lymphoma and had to undergo chemo. Breona prayed and believed for his healing and God delivered. Now 14.5 years married and tons of hardship, God has Restored! 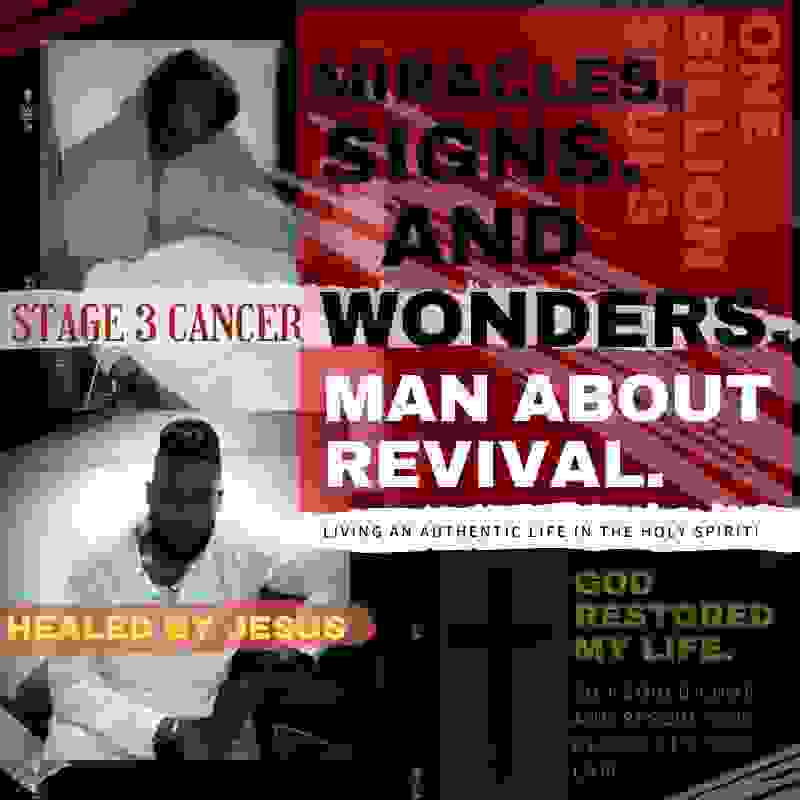 GOD IS A MIRACLE WORKER!

I left Detroit under the voice of God, I suffered much backlash and disrespect about my journey, people called me a liar, fake, bipolar, and schizophrenic because I chose to lay my life down for Heavens plans. Pastor Kim hit every area that I have been currently dealing with on this journey with bullseye accuracy! I only found her on Instagram on 3.13.20 and God said go to her church, so I obeyed and these were the results!

"Repent, for the kingdom of heaven has come near."

I've never met this man a day in my life, He has confirmed many things that God has been speaking to me about, things I haven't shared with anyone, God is Powerful and His word never fails. I tried to give my Iamdex jacket to the Prophet, He turned around gave me his jean jacket than turned around and gave me my jacket back to symbolize my journey and family. A breathtaking experience, I was blessed to be a part of a Major move of God on the Earth. This is the Season of Global Revival!

Need Prayer in this season?

wayward children or spouse, Are you struggling with the Fear of tomorrow and would like me to pray for you? It would be my absolute pleasure to petition heaven on your behalf.

Send EMAIL to iamdexspeaks@gmail.com with your prayer request and I will petition heaven on your behalf for the Breakthrough and Victory you Need in your life!

This manner of Prayer is only as powerful as your Faith will allow, so before you text your request have an Expectation that God is going to move on your behalf in the process. I have no power, I am merely a vessel and point of contact that the Spirit uses to move on the earth.

This is an Absolutely free service from my Hearts journey with Christ to yours and it's neccessary because we are in the last days. Massive pandemic is sweeping the globe leading to civil unrest and supply shortages, God's plans and strategic moves will be the Only solid factor in these next days, Healing and Deliverance is Available NOW!

God Bless You and thank you for visiting!

God is love. God is Grace. God is Abundance.

I LOVE YOU ALL!

Powered by MY FATHER IN HEAVEN!